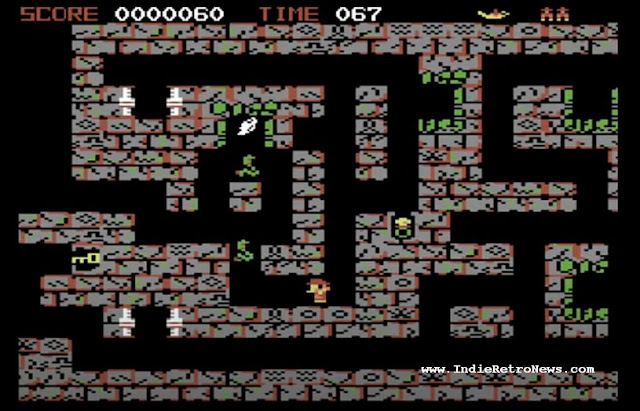 Some more C64 news for you all, as we’ve just been told through both Facebook and Twitter, that LC-Games has released a new C64 game of ‘Tutankham Returns’; A C64 tribute of Tutankham which was originally an Arcade game developed by Konami in 1982. To coincide with this news, not only is there a new video to view below or linked here, but this game works perfectly on both PAL and NTSC models with game speeds similar to the Arcade version if using an NTSC model.

Here is what the website description says about the game : In this brand new release of Tutankham Returns for the C64, the player controls an explorer who is robbing Tutankhamun’s tomb. The player will search for precious treasures (maps, lamps, chests of gold & jewels, and, above all, the golden mask of King Tut) and fight off the various creatures that guard the tomb to ultimately find the way through the catacombs. So yes certainly a game worthy of a download and more so when this new returns edition features 7 completely new stages!