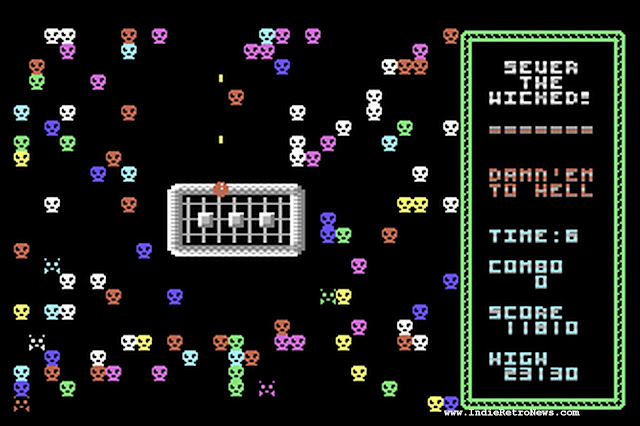 The C64 is certainly in high spirits this year, with fabulous games mentioned such as Amaurote, Tutankham Returns, Lykia – The Lost Island to name but some of the games highlighted on Indie Retro News. But one such game we haven’t yet mentioned until now and looks to be non stop fun, is Haplo’s latest C64 game of Sever The Wicked!; A fast-paced “coffee-break” action game that was released just recently with a new video by Saberman!

Here is what the developer says about the game via the link below : “Sever The Wicked! is a small fast-paced “coffee-break” action game. Destroy as many enemies as you can in 24 seconds!  The further the enemy, the more points earned. Bosses grant extra points. Bonus points are given at the end of each round based on the number of enemies killed. Try to get an unbroken combo going, combos are the key to getting higher scores”.