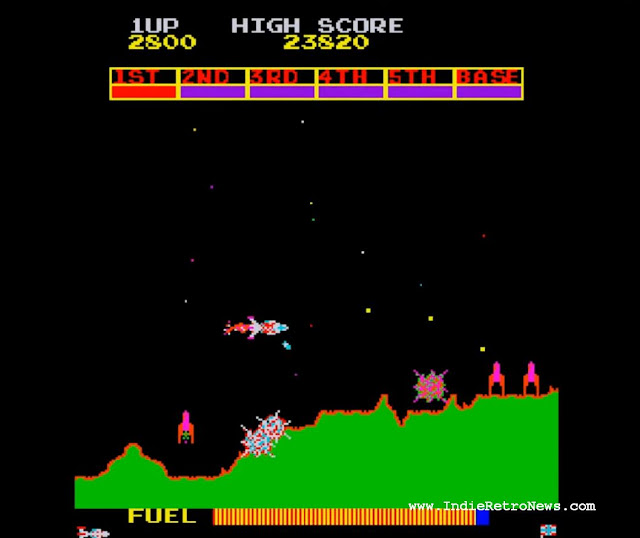 If you’re looking for some fresh Amiga news you’ve come to the right place, as thanks to a good friend of ours letting us know, we’ve been told the previously announced work in progress Arcade conversion of ‘Scramble’, which is in development by JOTD for the Amiga, is DONE! Yes indeed a game which was also originally released way back in 1983 as Skramble developed by Darrell Etherington looks to stay true to the original but features a smooth frame rate, classic graphics, and top quality blasting 1980’s action.

Video link for Mobile users ( Game is final, not WIP )

You play as a spaceship and must fly through tight caves and over landscapes, while being attacked by launched rockets, ufo’s and other such nasties without ending up having your ship blown into smithereens. If you can avoid or destroy these hazards and not run out of fuel, you should be able to reach the end stage and destroy the enemy base. Sound like your sort of game? Good! Because even though we’ve featured the game many times before, now is the time to play the game as a final version with all the features you’d expect of a fabulous JOTD release!