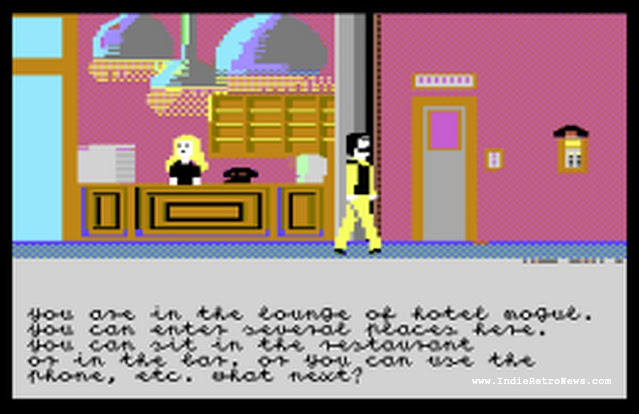 As so many of you are aware by now we love Retro games, especially games that have been lost into the ages and through these modern times have finally been recovered for many of us to enjoy. This is especially true for games such as Microfair Madness and even Daffy Duck And The Great Paint Caper. Thankfully more games are being recovered, as thanks to a heads up from GamesThatWerent, we now know that another Andromeda preview as ‘Journalist’, has been found and recovered thanks to Thomas Sol Sunhede and Hedning, Zynon and Whisper of Genesis Project. 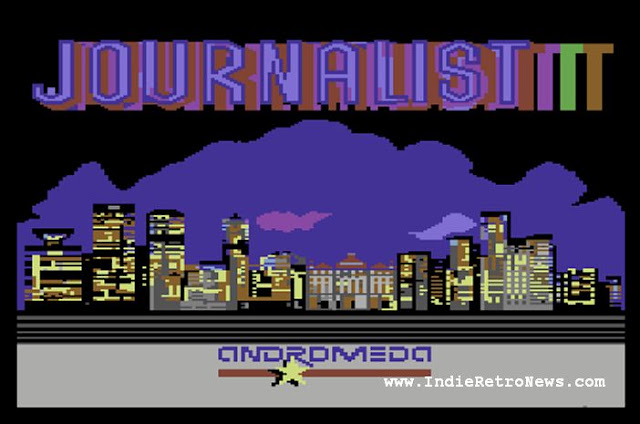 Here is what Gamesthatweren’t says about this rather interesting discovery! “This disk was in a bundle of Greve Graphics games, which suggests that Andromeda sent this and Scarabaeus 2 to pitch the games in some way. The game is a graphical adventure game where you play a journalist who has an opportunity to bring a large scale case to light at Hotel Mogul. You type in commands to progress through the game. In terms of progression, there is a fair amount of content to this preview, but Whisper (after hours of testing/playing through) has found that it seems to be incomplete and with flaws that prevent it from being completable”.

“When playing the preview, we highly recommend reading the accompanying and detailed note file first, which talks through how to play the game and some of the flaws present. At this moment in time, we’re not sure who the developer was and why the game never saw a release in the end. We will try and find any press details relating to the title to try and shed more light soon”.