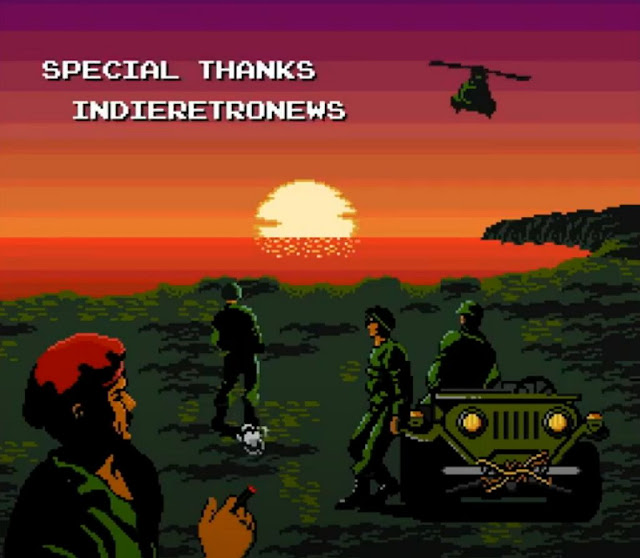 Thanks to Saberman who contacted us earlier today, we have yet another Amiga news story to share with you all. As if you have been following Neeso Games upcoming Amiga game of Jackal, which is a remake of the NES top-down shooter of the same name, graphically enhanced to take advantage of the Amiga (OCS-ECS) hardware. You’ll be pleased to know that if you head on over to the itch io page linked below, you can now try out the 6th public demo which is playable on any Amiga with 2MB or RAM or more!

We’ve been featuring this cool in development game for some time now, pretty much from day 1 when we said Neeso Games was aiming to port each of the individual NES levels over to the Commodore Amiga using the Scorpion Engine. Well here we are with another demo update, as the developer has released v6 with changes and fixes such as level 1 boss has an indicator to show where the tanks will spawn, a new enemy in Level 2 (Jeep throwing ‘nades), a mostly playable Level 3 preview (fully navigable but no boss fight yet), new explosion graphics, animated exploded turrets, fixes to foreground issues, enemy rebalancing, and memory optimizations!