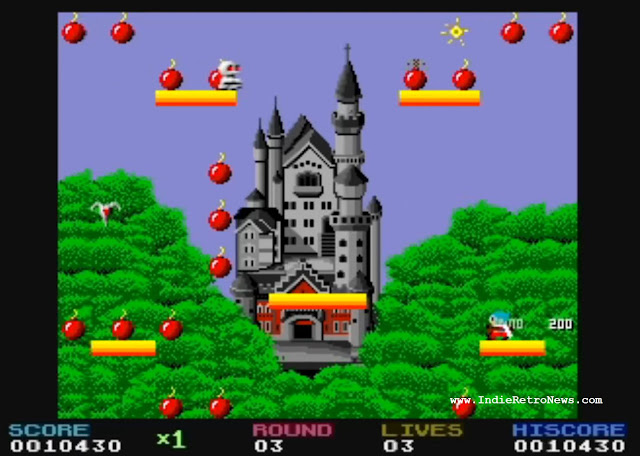 In the late 80’s I played the brilliant Arcade port ‘ Bomb Jack ‘; a game that required you the player to jump and float about getting rid of all the bombs on the screen before they are used to blow up historic places of interest. It was such an awesome game that as of today you can download the final version of the excellent Bomb Jack port of ‘Gacek’ for both the Atari XL/XE and +VBXE by Shanti77. To coincide with this news Saberman has done a new video for you showing the gameplay of this new game.

As we said before although some would say the 2008 Atari XL/XE homebrew version of Bomb Jack is a really good conversion of the game already, this one however takes it to the next stage as not only does it have better animation, but a wider game screen, a change of soundtrack and a new custom sprite engine all viewable in the video above. Seriously if you have an Atari XL/XE you owe it to yourselves to play this latest game with 63 fun packed levels included!