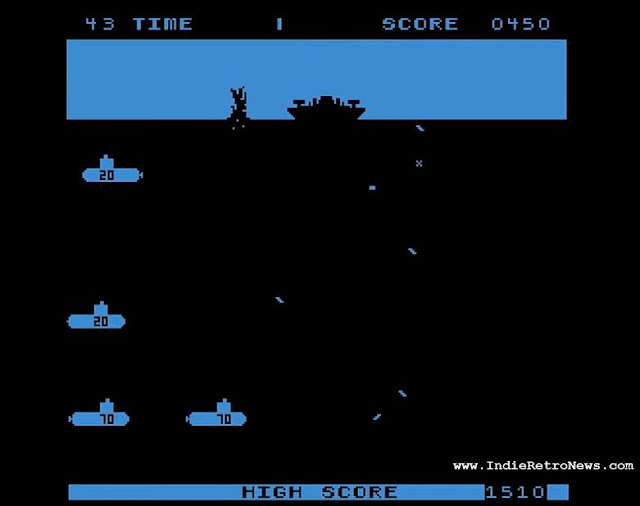 We have another Amiga game update to share with you all which takes us way back to the 1970’s, and it’s the game we’ve featured before ‘Depthcharge!’ Yes indeed we’ve been told the 1977 Arcade game is not only still being ported over to the Commodore Amiga using the Scorpion engine as a development by Acidbottle. But the creator has also made available a new version of the game which includes bug fixes, improvements and the rather nice atmospheric Arcade sound effects!

According to the wikipedia for this game : Depthcharge is a single-player arcade game released in 1977 by Gremlin Industries. The game, which originally used a black-and-white CRT display, presents the player with a cut-away view of a section of ocean, on the surface of which is a destroyer with submarines passing beneath it. The player drops depth charges (up to six at a time) to destroy the submarines and moves the ship back and forth in order to avoid the submarines’ mines. Up to four submarines may be present at any given time, each of which bears a score for destroying it that increases with its depth”.